Ormskirk and District Scouts remember those who fought for our freedom

Posted on November 10, 2019 by Ormskirk Live Leave a comment

Hundreds of Scouts around West Lancashire remembered those who suffered or lost their lives serving their country. On Remembrance Sunday, all sections from the Scout Association took part in parades in Ormskirk, Tarleton, Skelmersdale, Upholland and Burscough.

Flying their flags and leading the parades, the young people from the Scouts, made sure that they don’t forget these brave men and women.

In Ormskirk the parade marched from St Anne’s Church to the War Memorial in Coronation Park for a service before taking a salute and going into Ormskirk Parish Church for the main Service of Remembrance. The

West Lancashire Mayor, Councillor Gaynar Owen, who will attended services in Ormskirk and Burscough, said: “Remembrance Sunday is an extremely important occasion and we will all gather with great pride to honour brave men and women who have made the ultimate sacrifice for their country.”

In Skelmersdale, the parade marched from Liverpool Road to the War Memorial on Sandy Lane for a service and wreath laying ceremony at 11am.

In Burscough, the parade assembled outside Legion headquarters on Lord Street and marched to the War Memorial on Junction Lane, where a short service took place.

At all the parades in West Lancashire, Scouts alongside dignitaries and members of the public observed a two-minute silence and listened to the last post, whilst reflecting on the bravery of those who have served our country.

The parade in Ormskirk

Some pictures from Tarleton 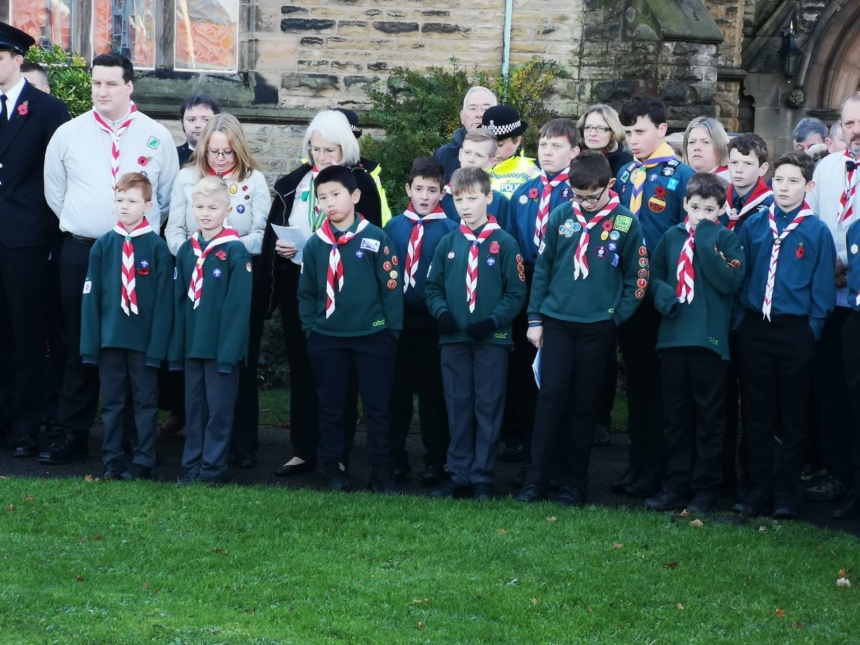 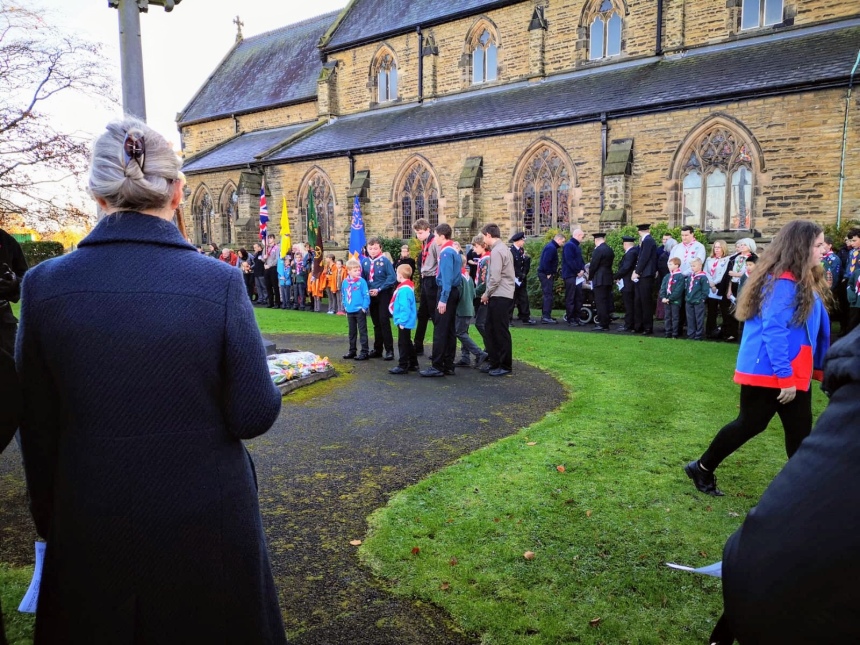 The parade from Skelmersdale 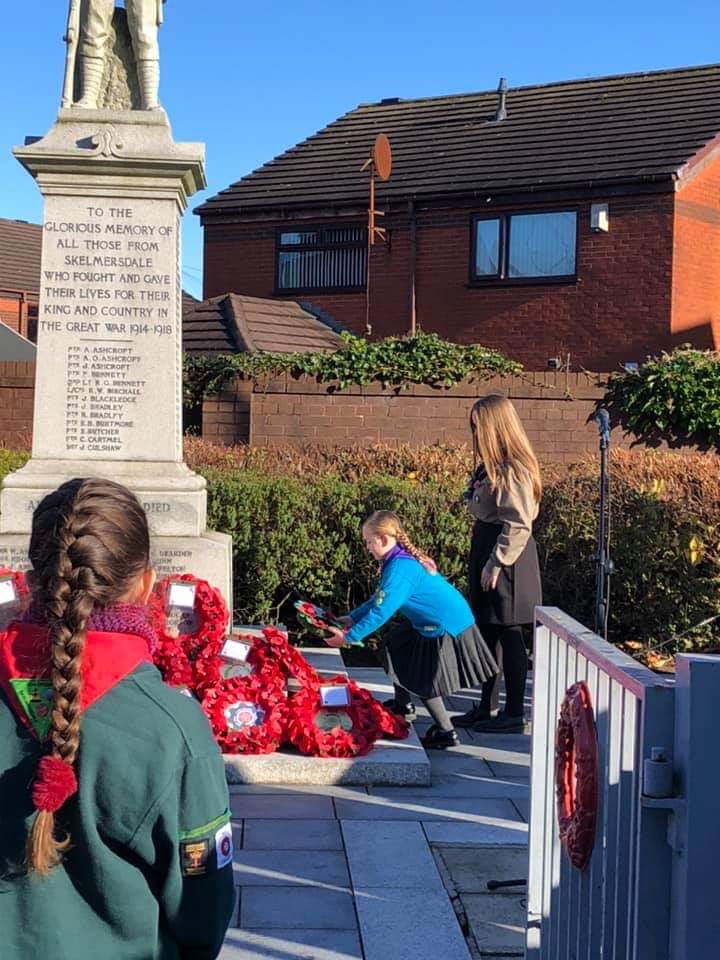 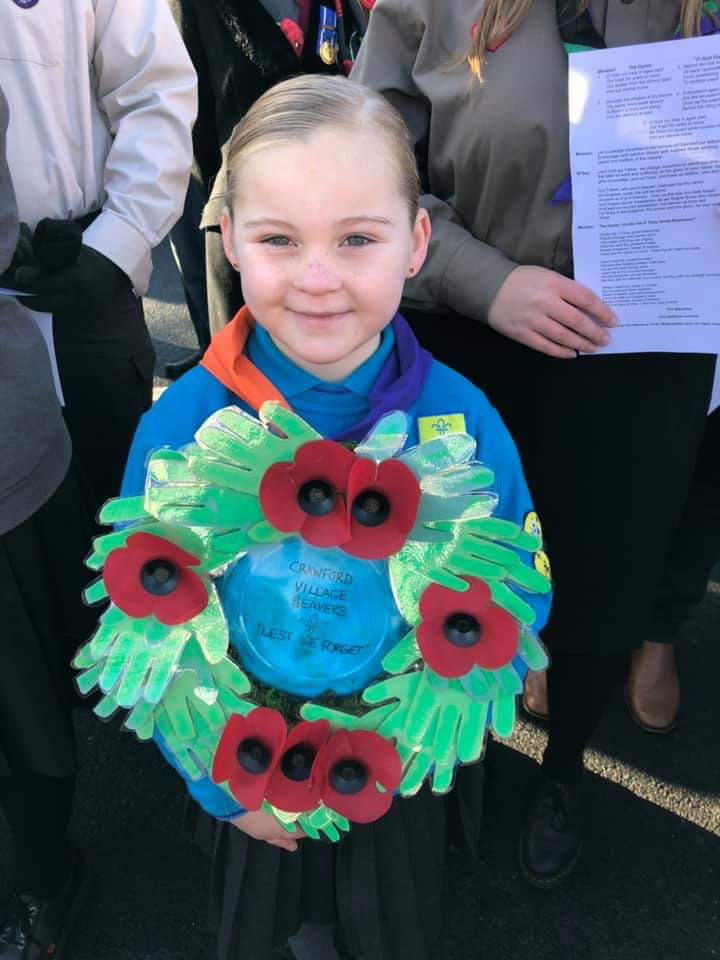 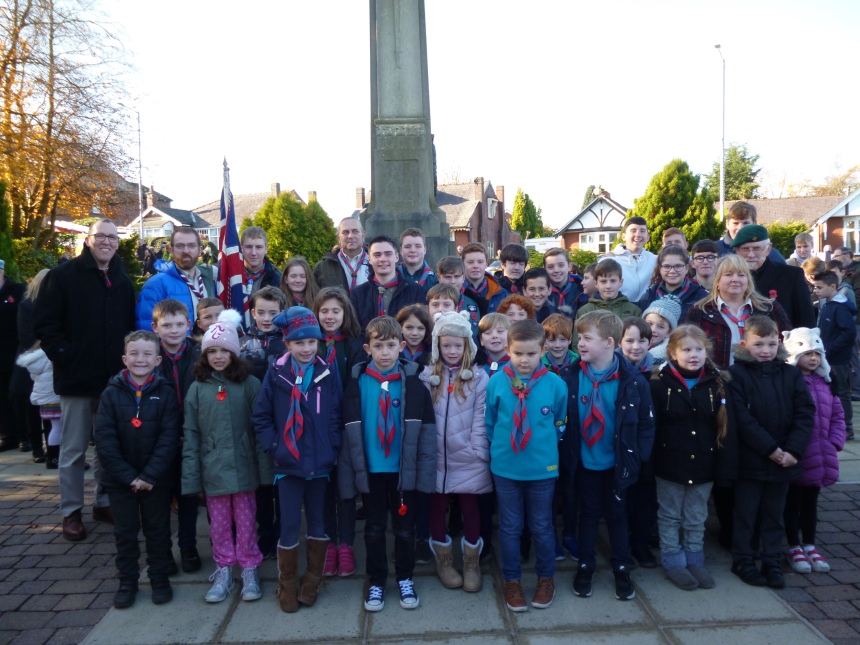