Posted on February 15, 2019 by Ormskirk Live Leave a comment

Two people who murdered a man in Skelmersdale have both been jailed for a minimum term in prison of 28 years.

Deborah Andrews, 44, of Elmstead, Skelmersdale and William Vaill, 37, of Evington, Skelmersdale, were given life sentences following the murder of Eamon Brady.

The pair were arrested last year following a fire at Mr Brady’s address.

Firefighters were called around 7.30am on July 21 to reports of an incident at a property in Elmridge. Inside, crews found Mr Brady with a number of injuries to his head and torso. A quilt had been placed on the lower part of his body and set alight.

The 44-year-old was pronounced dead at the scene with detectives from Lancashire Police launching a murder investigation.

Initial enquiries revealed the victim had been with Vaill and Andrews on July 20. CCTV footage showed the pair leaving Mr Brady’s address around 4.50am on July 21, carrying two bags.

Vaill and Andrews were quickly arrested and charged by police.

A post mortem examination later revealed the victim had suffered multiple head injuries, a number of stab wounds to his upper body and neck and significant injuries to his lower body from the fire.

The defendants initially pleaded not guilty but Vaill changed his plea, also admitting a charge of arson with intent. 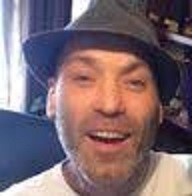 Andrews, who ran a trial, was convicted of murder and arson with intent.

“We welcome today’s result and hope it provides some comfort for Mr Brady’s family. My thoughts remain with them.