Going for Gold! All the way to the Palace

Buckingham Palace played host to the Duke of Edinburgh Gold Award Presentations on Thursday 17th May 2018. The beautiful setting of the palace gardens saw thousands of young people gathered to collect their Gold Award certificates.

Greeted by bands playing music, the thirty-six groups of fifty students, were each allocated a royal personage, The Earl & Countess of Wessex and the Princess Royal, to speak to them and a celebrity to award the certificates.

Eight members of Amplify Youth Group and their guests were part of the group attending for Lancashire. Their guest was Hannah Cockcroft MBE, the five times Paralympic gold medallist.

His Royal Highness Prince Edward congratulated them on taking on a difficult challenge in the Gold Award and showed lots of enthusiasm for the award which his father started in September 1956. It may surprised some people but HRH Edward is himself a Gold Award holder.

The Duke of Edinburgh Award continues to be rated by employers and universities as important evidence of “soft skills” for the volunteering aspect and in its own right.

Amplify Youth Group is part of St Anne’s Church Youth Ministry and helps all young people in Lancashire to have access to participating in the Gold Award. For more information go to amplifyyouth.co.uk 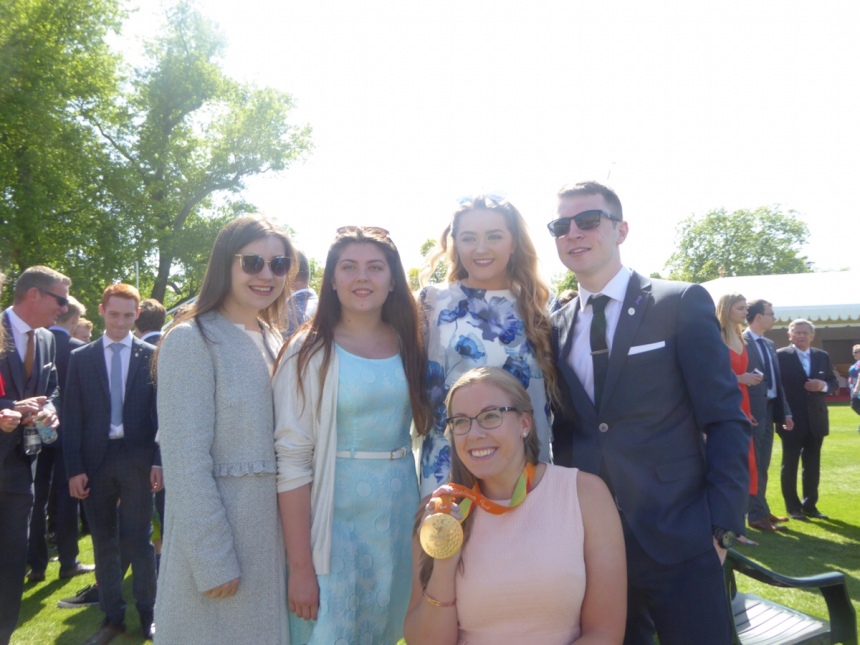